2017 saw us back in Duinrell for what was our seventh visit. I’ve covered Wassenaarse Slag previously in a post from 2015, though that was the route from The Hague. This time we were heading there from Duinrell, with five families in total, and with seven adults and six kids getting there on bikes.

Wassenaarse Slag is the closest beach to Duinrell, and is about 5km away. So as soon as there’s some good weather, which isn’t always guaranteed, we head for the beach.

It’s a lovely beach at Wassenaarse Slag, and it never feels too busy, even on the sunniest days. The route there takes you through the dunes, on a traffic free route. It can be walked if you’ve got the time, but jumping on the bike is much more pleasurable in my opinion.

Leaving Duinrell, we turned left onto the high quality cycleway on the road outside. The cycleway near Duinrell is paved, so it’s not the smoothest surface, but it soon changes to a smoother asphalt surface.

We turned left at the junction and onto Katwijkseweg, where the paved cycleway continued. At the roundabout where Katwijkseweg continues to the right, we headed straight and onto the route through the dunes.

Once onto the route to the beach through the dunes, the cycleway diverges from the road. The route is shared with people walking and there’s paint and signs to indicate where cycles and people on foot should go.

Being dunes, the route isn’t as flat as you might be accustomed to in The Netherlands. It shouldn’t trouble most people, though there was the odd time people had to get off and push.

Although the route is shared, We’ve generally not noticed any conflict between those walking and cycling, as people tend to stick to their allocated sides. I’m not sure if this is true when the route is busier, say at the height of summer.

Arriving at the beach, the cycleway and road come together at the parking area. There’s a reasonable amount of cycle parking. Though on busier days, it’s usually full and you see cycles parked against the fences and wherever there’s a space.

Once on the beach, we spent a lovely day there, doing the usual beach things with kids. It’s a nice wide beach, with plenty of space and decent sand. So even when there’s a lot of people there, it doesn’t feel too overcrowded.

The sea is mostly calm, though it can get quite windy. You’ll often see many people flying kites here. There’s a good selection of bars and places to eat, though it doesn’t feel too overdeveloped. It still feels quite low key.

After spending most of the day at the beach, we headed back along the same route, enjoying the late afternoon sunshine riding through the dunes. 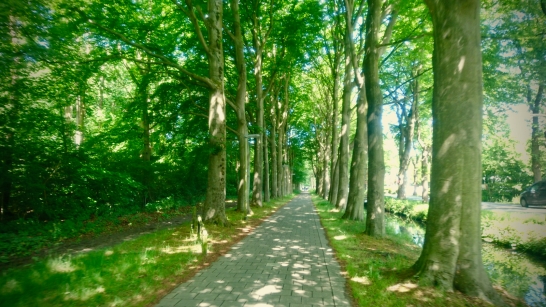 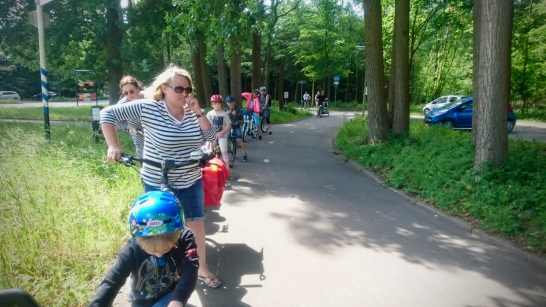 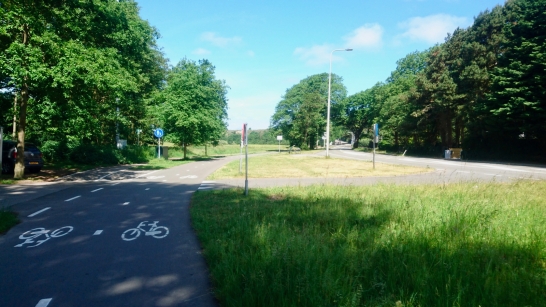 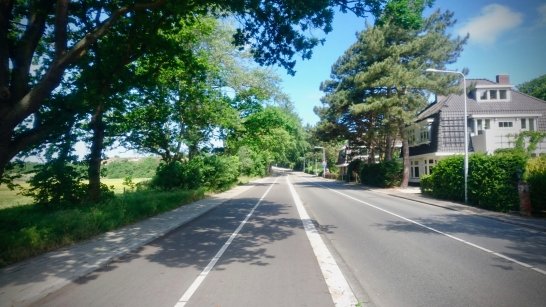 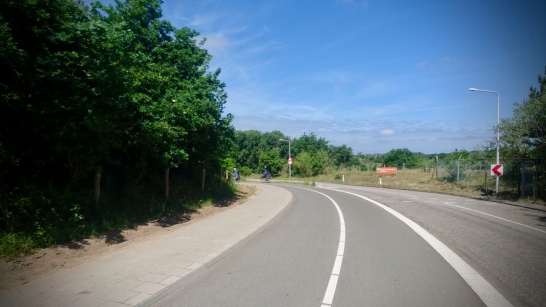 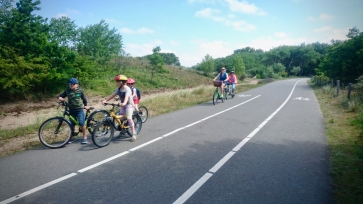 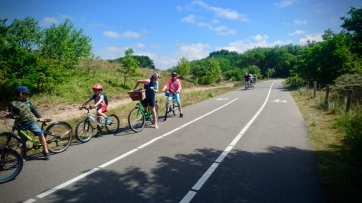 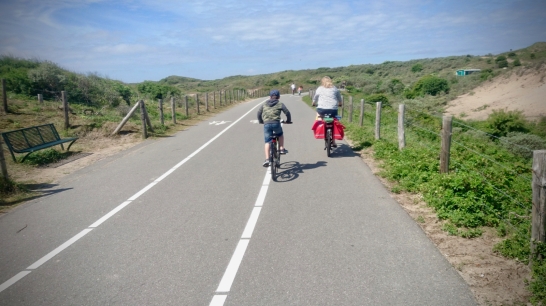 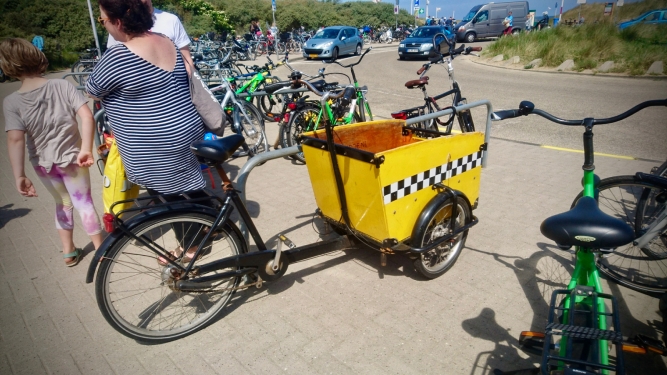 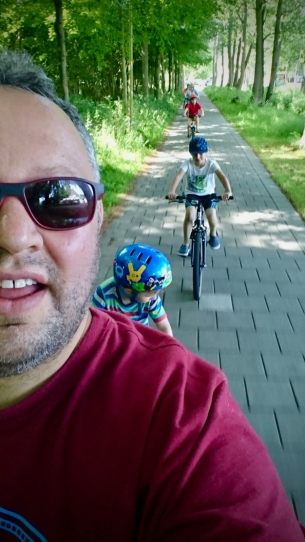 Back to part 6 – Around Amsterdamsestraatweg

Next to part 8 – The route to Stoomtrein Katwijk Leiden

6 thoughts on “Netherlands 17: The route to Wassenaarse Slag”