While staying in Vlissingen, we decided to take a trip on the bikes to Middelburg, about 8km to the north east. Middelburg is the capital city of Zeeland and dates back to around the 8th century. As with a lot of the Dutch coastline, about a third of the city was destroyed during the Second World War and rebuilt.

Setting off from the centre of Vlissingen, we headed for the Canal through Walcheren. Negotiating some of the roads in the city centre isn’t that pleasant with kids, so we were glad to reach the traffic-free path along the canal.

Once at the canal, the route to Middelburg was very straight and flat. It was also quite peaceful, probably because it was midweek and the weather wasn’t brilliant. I’d imagine is would be much busier on a sunny day at the weekend. There’s some traffic noise from the road running alongside the canal, but generally, it’s quite pleasant.

Along the route, there were a few things to see, such as a very good swing bridge for bikes over the canal. Though most of the route is mostly just trees, path and water. Very nice, but not the most exciting and not even that many boats.

About half way along the route, there was an enormous downpour, so we took cover while we got the waterproofs out. The day had started off quite bright, but as in the UK, you never know when the weather might turn.

Once we reached the outskirts of Middelburg, we left the canal path and headed for the centre. Initially, this meant riding along some roads with door zone cycle lanes, though we soon left these for traffic filtered streets with just vans loading.

Once in the city, we parked up near the shops and headed for a wander round and some lunch. Middelburg is a nice place for a walk and is pretty quiet and mostly traffic free. Views are very typical Netherlands, lots of canals and quaint views, though it’s not a massive place, so don’t expect to be there too long.

After lunch and some obligatory poffertjes, we decided to visit Park Toorenvliedt and the series of bunkers from the Second World War. I don’t know the full details, but the Germans built a complex of bunkers there in 1942. After the war, the area was sold to the city, who wanted to build houses on the land. It was deemed too expensive to remove the bunkers, so instead, the area was turned into a park.

Wandering round the park is an interesting and somewhat disconcerting experience. Particularly the juxtaposition of children’s play equipment on Second World War relics. But there’s something for everyone here, young and old.

After spending some time in the park, we set off for Vlissingen, choosing a different route to the way we came. Arriving at the bike path, we were very surprised to see the type of barriers Sustrans would be proud of. Now, I’d say we’ve done a fair amount of cycling in The Netherlands, and this must be the first time we’ve see these style of barriers in use. I don’t know the justification for having these, but something we’ve come to expect as normal in the UK, seems very odd indeed in The Netherlands.

Once through the barriers and  another set of barriers, we continued on what was a pleasant and largely traffic-free route. Along the route, we encountered more Second World War bunkers, some picturesque scenery and a small farm on the outskirts of Vlissingen.

Despite the less than brilliant weather, we had a very enjoyable ride to Middelburg, along two very pleasant routes. Overall, both routes are generally fine with most kids, though the canal route might not be suitable for younger or less experienced riders. There’s some sections at either ends where the cycle infrastructure could be better, where you may need to choose your route more carefully. 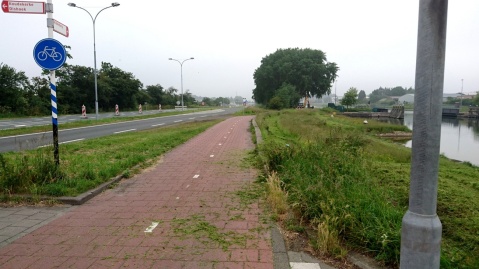 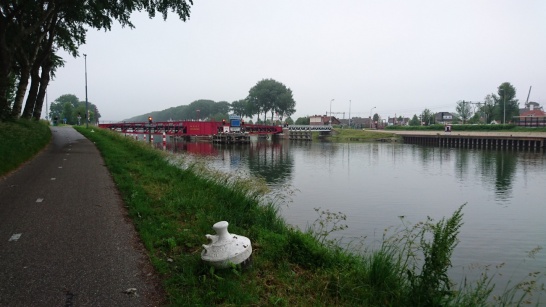 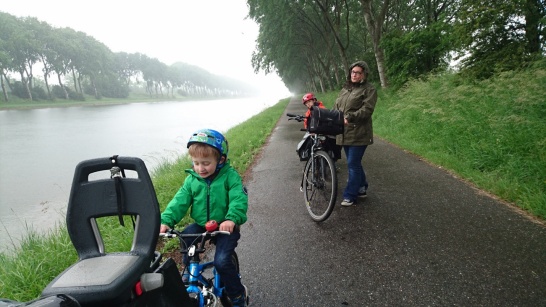 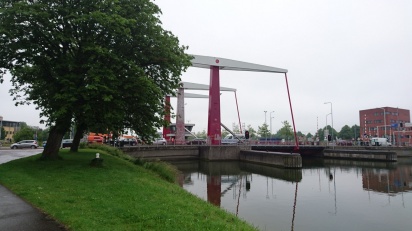 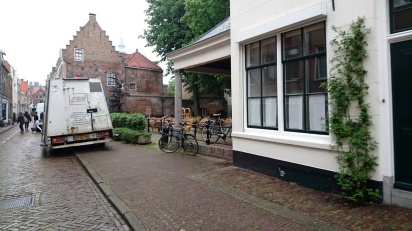 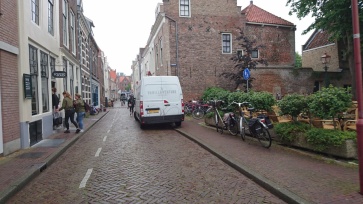 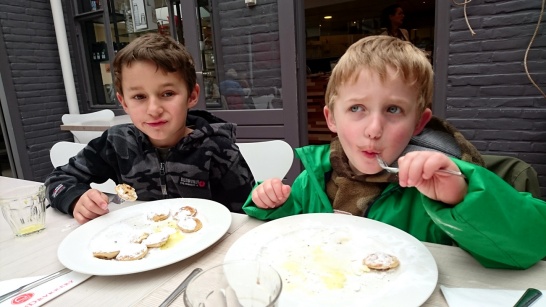 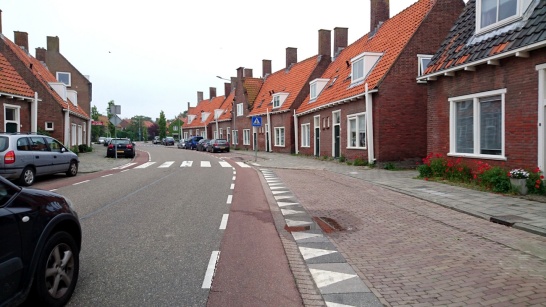 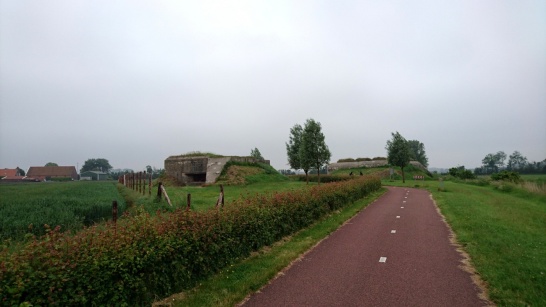 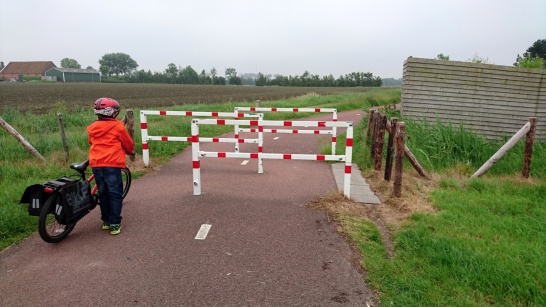 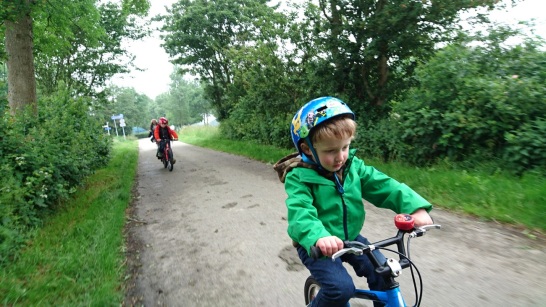 Back to part 2 – Around Vlissingen

Next to part 4 – The route to Katwijk aan Zee

4 thoughts on “Netherlands 16: The route to Middelburg”