This is part 2 of 4 posts looking at the Wilmslow Road Cycleway, covering Withington to Fallowfield.

The other posts can be found here:

Arriving in Withington, you’re met with an end to the cycling infrastructure as you pass through the town centre. This is disappointing, but not entirely surprising, given the width of the road and level of traffic passing through. Indeed, it’s clear that the level of through traffic passing through the town centre has a pretty negative effect on the place.

It’s hard to see what you could do with Withington town centre without a massive reduction in through traffic. I think it’d benefit from a similar treatment to what Orford Road in Walthamstow Village has received as part of the Mini-Holland scheme. Though I think we’re very far away from having the political will to do something like that in Manchester.

For 1st time in over 15 yrs, every shop unit on Orford Rd is occupied. 2 restaurants expand since Oct #wfminiholland pic.twitter.com/jMtcXpjAJE

Once you leave Withington town centre, the kerb segregation returns as you head towards Fallowfield. Soon, you reach the Mauldeth Road junction, which became well known due to a video of bike and a van colliding a that junction. Nothing has changed to improve this junction, so the issue remains. I still think the potential for accidents could be reduced with some quite simple changes.

Progressing towards Fallowfield, you reach sections where the kerb segregation disappears, leaving you on a mandatory cycle lane with no protection. I assume this is due to lack of funds rather than feasibility, as the road is wide enough at this point to accommodate segregation.

As you approach Fallowfield town centre, you’re left with the feeling that the segregated cycling infrastructure has abandoned you where you need it most. The area around the Ladybarn Road junction is busy with buses and quite unpleasant to ride through. Given that at this point you’re quite close to the Fallowfield Loop, having safe routes through here would be a massive benefit to anyone wanting to take advantage of it.

One thing to note at the Ladybarn Road junction is the presence of a advance green cycle phase on the traffic lights, giving bikes a head start through the junction. This is something I’d definitely like to see more of.

As you approach the Wilbraham Road junction, you see one of the many examples where kerb segregation has been added to existing cycle lanes. It’s pretty clear that at a number of these, money should have been spent on resurfacing the cycleway, as the surface is in a pretty poor state of repair.

It’s clear less effort and money has been spent on the section between Withington and Fallowfield, compared to the section between Didsbury and Fallowfield. This is a real shame as the piecemeal segregation won’t have anywhere near the impact it could have. Again, given how close the Fallowfield Loop is at this point, there’s massive potential to provide safe routes through to east and west Manchester as well as into the city centre. 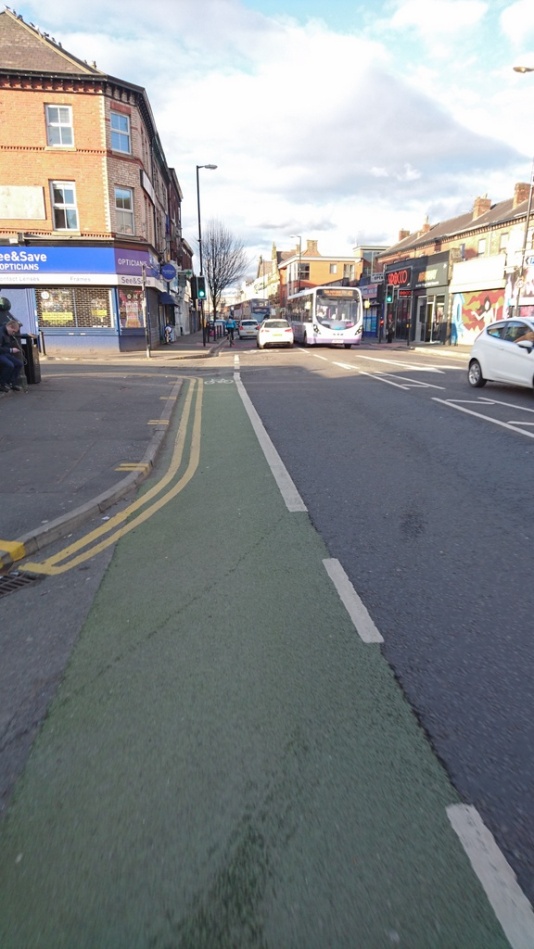 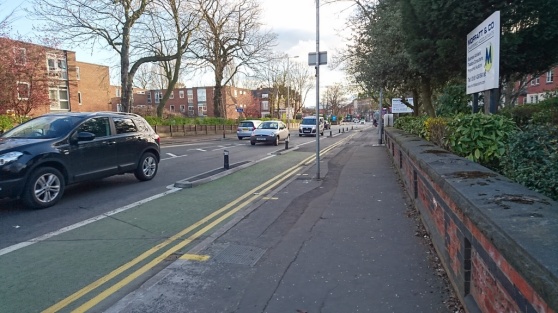 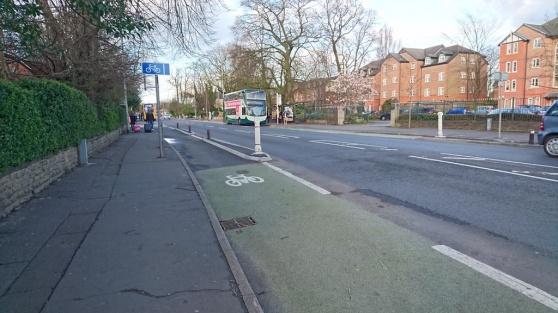 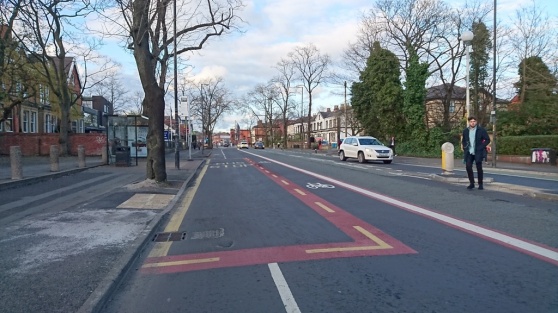 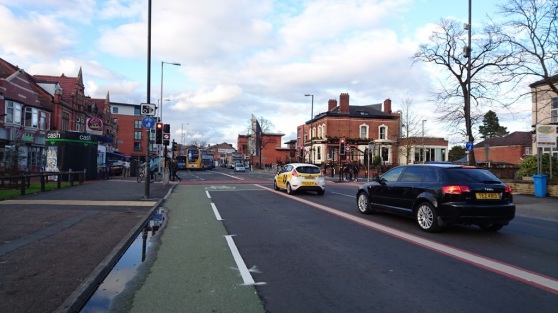 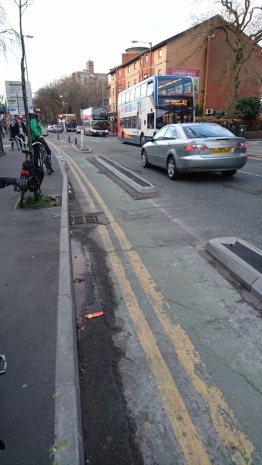 Back to part 1 – Didsbury to Withington

Next to part 3 – Fallowfield to Rusholme