It’s two years since I last did the Sky Ride. Last year we were away in The Netherlands having an altogether more pleasant bike experience. There were fourteen of us heading there this year, including five kids, so we decided to do our own Critical Mass. Safety in the numbers and all that.

We headed into Manchester, along Talbot Road, Chester Road and through the back streets of Hulme. All fine until we hit the dreaded roadworks in the city centre, making a simple journey from First Street to Chinatown a bit of a headache.

Once in Chinatown, we headed out on the route, bypassing the hi vis stand. What is it with the Sky Ride and hi vis? I can understand it’s some cheap advertising for Sky, but why is everyone so keen to don these hideous vests? There’s little point in wearing them on a normal road, and they make even less sense on an organised ride on closed roads.

And while we’re at it, what is it with the weekend warriors on their Pinarellos and full Sky team kits? Some things I’ll never understand.

By the time we started on the route, it was late morning, but it already seemed pretty quiet. I don’t know if I’ve been spoilt by Critical Mass rides, but there was a distinct lack of atmosphere, apart from the odd sound system and the drummers along Old Mill Street. There also didn’t seem to be the same atmosphere at either ends of the route, at Chinatown and The City of Manchester Stadium.

By the time we reached the National Cycling Centre, the sun was out and we enjoyed a pleasant lunch by the canal, watching people arrive. It’s at this point and at The City of Manchester Stadium you get to fully experience the ridiculousness of the CYCLISTS DISMOUNT signs and over eager security. Is this really necessary? Err, no it isn’t. What are they trying to achieve, give everyone a true experience of what it’s like to ride on British roads?

As suggested by Mad Cycle Lanes of Manchester, it’s about time there was an overhaul of the whole ride. There desperately needs to be a new route and new life to the ride, we’re a bit sick of going to and from The City of Manchester Stadium. I know Manchester is becoming more inaccessible to bikes as the second crossing progresses, but there must be some other options. It’d also benefit from some real involvement from local groups, less of a focus on sport and more on every day cycling.

Heading along Talbot Road in the painted cycle lane, about time this was protected 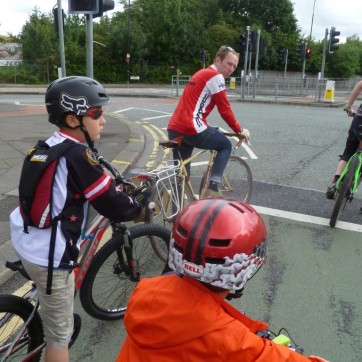 Waiting at the lights on Chester Road 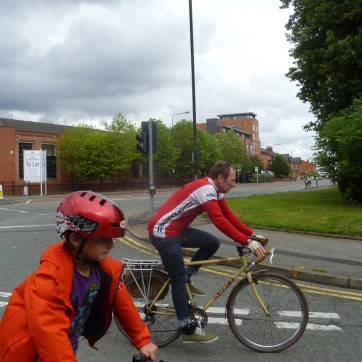 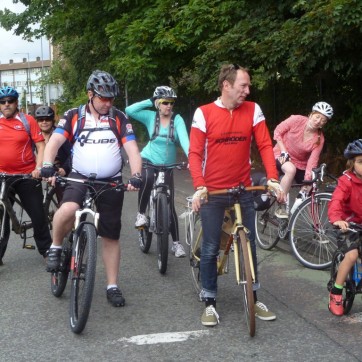 Waiting at the lights in a worn out ASL 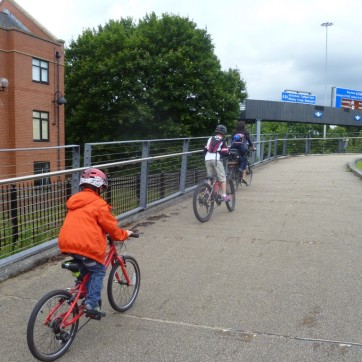 Riding on the Horseshoe Bridge over the Mancunian Way

Riding on the Horseshoe Bridge over the Mancunian Way 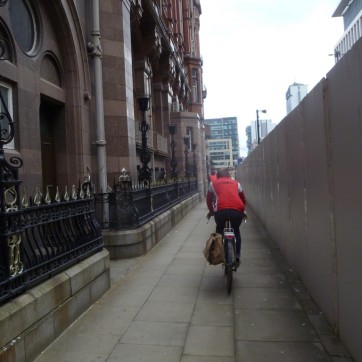 Avoiding the Metrolink works next to The Midland Hotel

Avoiding the Metrolink works next to The Midland Hotel 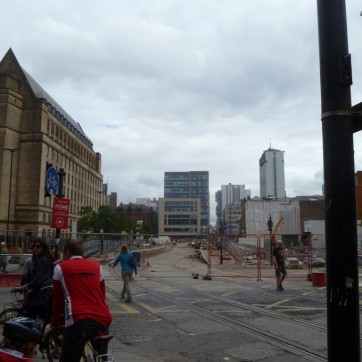 Outside the Town Hall Extension 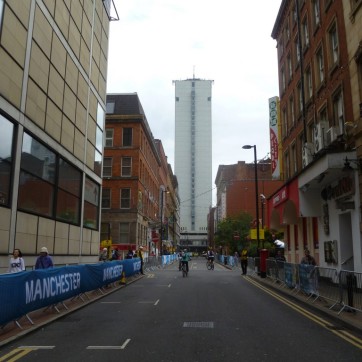 Finally made it to Chinatown after avoiding the roadworks

Dodging the potholes on Princess Street

Dodging the potholes on Princess Street

One of the few sound systems

Kids enjoyed the bubbles and lights in the Loud Zone Tunnel 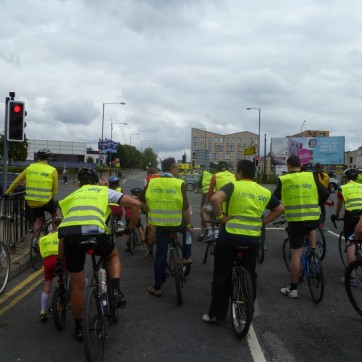 Waiting at the lights at Great Ancoats Street

Waiting at the lights at Great Ancoats Street 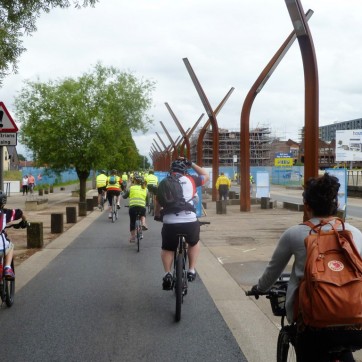 The drummers on Old Mill Street

The back streets near The City of Manchester Stadium 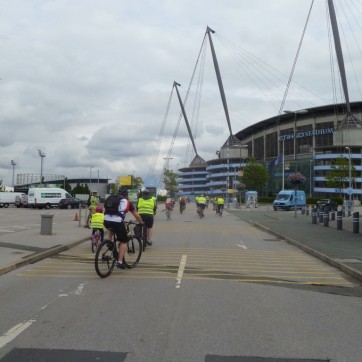 Arriving at The City of Manchester Stadium

Heading to The National Cycling Centre

At The National Cycling Centre

The boys playing in the tube

The bridge over the Ashton Canal 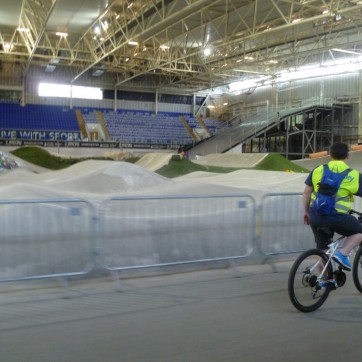 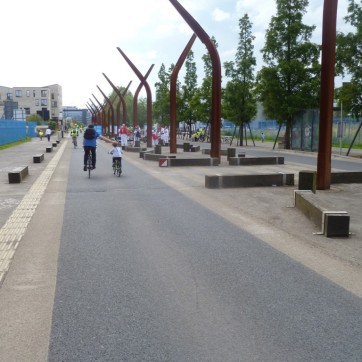 Back on Old Mill Street 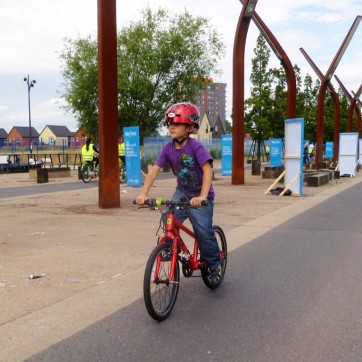 The eldest on Old Mill Street 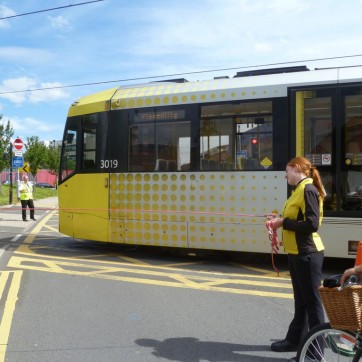 Waiting for a tram at the back of Piccadilly Station 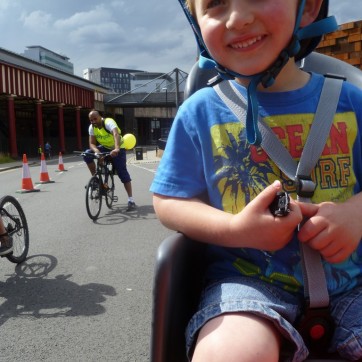 Waiting for a tram at the back of Piccadilly Station

Back at the beginning in Chinatown

Riding back down Chester Road